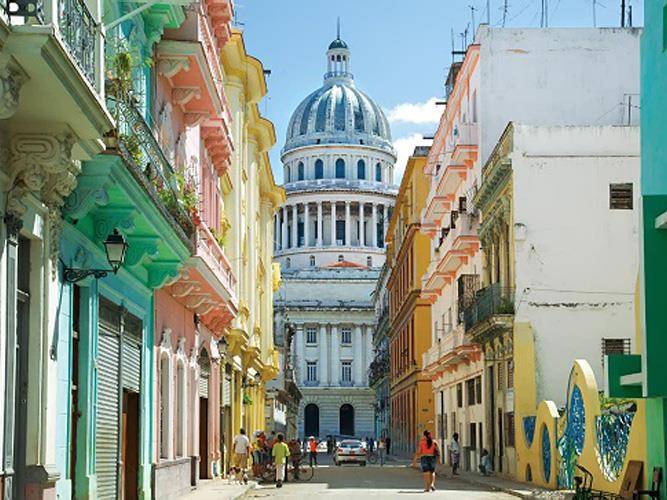 Havana is the city of more extension in the country and the smallest of the provinces. It is surrounded by more than 15 Km of coast, which turns it into a destination always refreshed by the day sea breezes and the night terral. Founded in 1519, it‘s since 1553, the capital of Cuba, a cosmopolitan city in which melts the Spanish and African marks essentially. In 1982, UNESCO awarded its historical centre and its military fortresses system with the title of World Heritage, acknowledging in this way its patrimonial values and its system of colonial fortifications; the elegance of the churches and its large patrimonial houses, and the beauty of its parks and squares make Old Havana a place of forced reference for the visitor. The beauty of its architecture, its edifices, and its museums invite to stroll on its streets. Havana is the main cultural centre in Cuba. The city is the venue of important institutions bearing international prestige such as the international festivals of Ballet, Latin American Cinema, Guitar and Latin Jazz. A reason for musicians and poets' inspiration, in places like the famous Tropicana cabaret, Floridita and La Bodeguita del Medio restaurants; in theatres like Alicia Alonso and Amadeo Roldán Auditorium; whether in the eastern warm beaches, as well as in places such as the International Convention Centre of Havana, where international events are held. Traveling to Havana you will be able to find a capital that breathes and transmits happiness and culture.