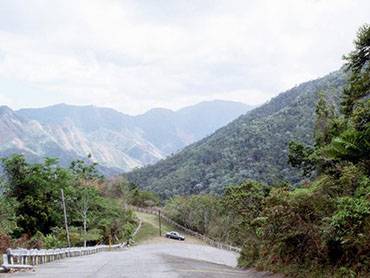 In the southeast region of Cuba is located Granma, a province that blends the best of the American, European and African cultures. Always fascinating, with cities dressed with eclectic, Art Nouveau and Art Deco-Style buildings, exuberant nature and a capital city (Bayamo) with the condition of National Monument. The rich historical traditions, the fascinating contrast of its landscapes (combining sea, mountains and fertile planes) and its prodigal nature are the biggest attractions. The history of Granma is distinguished by its patriotism. This territory contains 48% of all the historical sites of the Cuban archipelago and Bayamo is considered the Birthplace of the Cuban Nationality. The burning of Bayamo in January 12, 1869, is one of the most important events, not only in Granma but in the entire island because it shows the love of the Cuban people for their land: before surrendering and giving the city to the Spanish colonial army, the bayameses decided to burn it down. To remember this historical event, each January 12 the people celebrate the Heroic Burning of Bayamo at the Plaza del Himno in Bayamo, Granma. In the map of Granma, the Sierra Maestra majestically rises, occupying a third part of the entire territory. Excursions around this mountain range are among the top tourist attractions of Granma. The Desembarco del Granma National Park earn the recognition as a UNESCO World Heritage Site for the best preserved system of marine terraces. It has an important history and over 60 of explorable caves and caverns. The Turquino National Park is where Cuba’s tallest peak is, the Pico Real del Turquino, which you can explore through one of the many tours and excursions of the area.